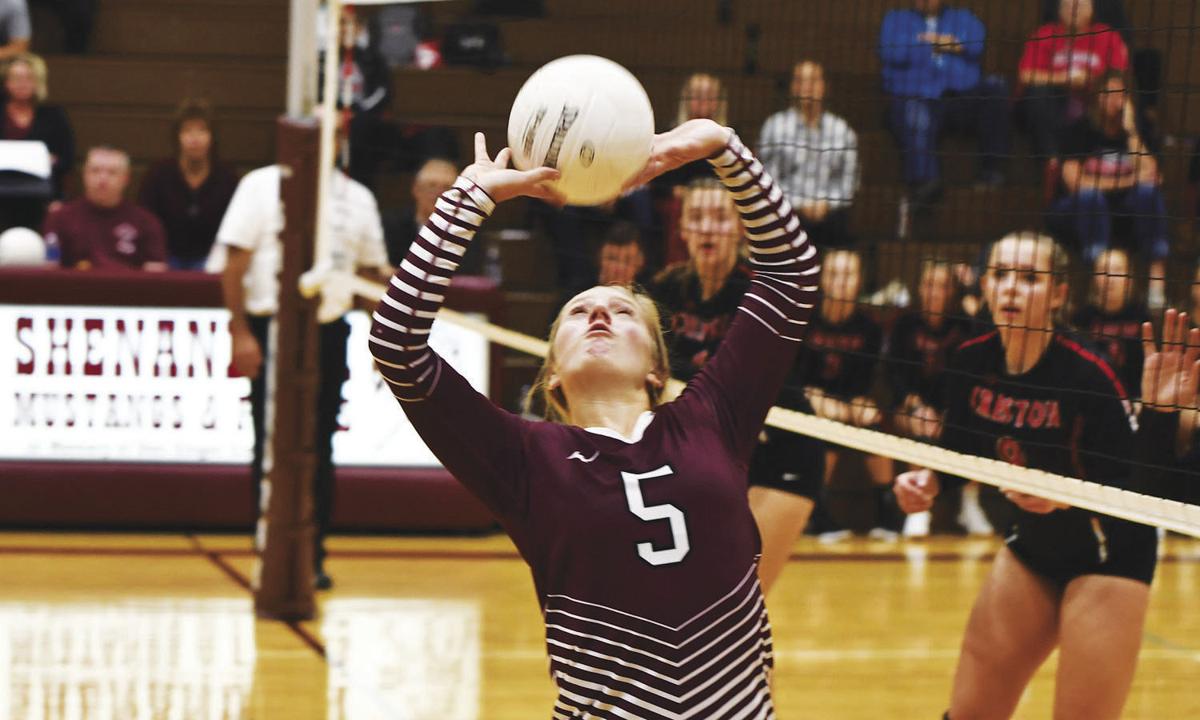 Shenandoah senior Nichole Gilbert sets during a 2019 match. Gilbert said volleyball has been her favorite sport during her high school career. 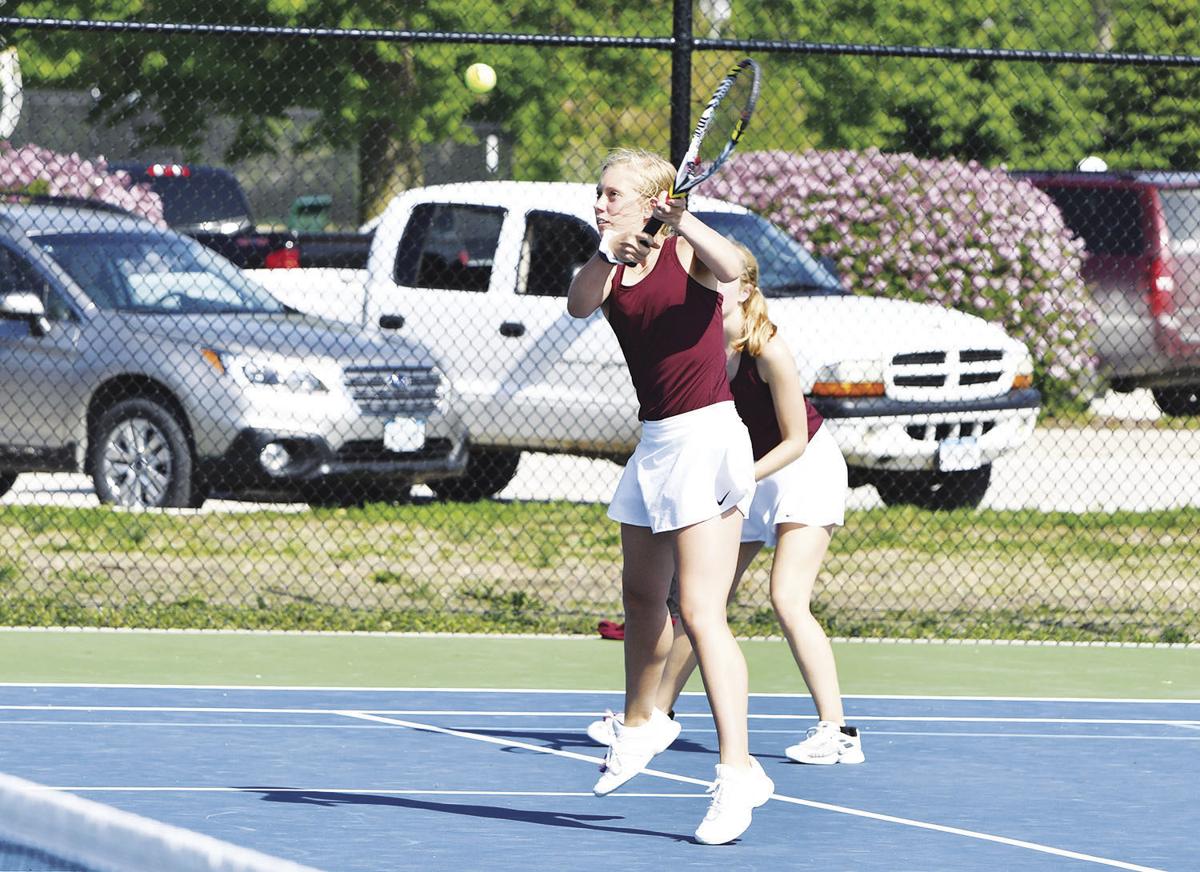 Shenandoah senior Nichole Gilbert prepares to return the ball across the net during a 2019 tennis match. Gilbert has had loads of success in tennis during her Shenandoah career and said its been her second favorite sport.

Shenandoah senior Nichole Gilbert sets during a 2019 match. Gilbert said volleyball has been her favorite sport during her high school career.

Shenandoah senior Nichole Gilbert prepares to return the ball across the net during a 2019 tennis match. Gilbert has had loads of success in tennis during her Shenandoah career and said its been her second favorite sport.

Nichole Gilbert is one of five Shenandoah athletes out for four sports as a senior. She reflected on her sports career, Wednesday, March 11.

Gilbert has been part of the volleyball, basketball, tennis and softball programs at Shenandoah throughout her high school career.

Tennis is where she has had her most success, placing at the state tournament three years. She placed fourth in the state doubles tournament with Marilyn Cepeda as a freshman. She added a fifth-place finish in state singles as a sophomore and then took third with twin sister Natalie in state doubles as a junior. The Fillies have also had a pair of third-place team finishes in 2017 and 2019 with Nichole in the lineup.

“Driving to Iowa City or Waterloo to compete with the team is always a good experience,” said Gilbert. “There is a cool atmosphere there.”

She said tennis is probably her best sport, but Gilbert said volleyball has been her favorite to play.

“(Volleyball) is what I have put the most time into,” said Gilbert. “My dad coached it for many years and I fell in love with the game.”

She looks back to her sophomore year in volleyball and a five-set loss to Red Oak in the regional tournament as a match she would like to have back.

“We lost by minimal points to go to the next round and possibly state,” said Gilbert. “I would love to have that back. You always do things differently when looking back, but you can’t change it.”

Gilbert said she has been involved all four current sports, plus others, for as long as she can remember.

“Our parents put us in about every parks and rec sport,” Nichole said. “Limiting ourselves to four sports in high school was a lot less than we previously played. I didn’t think any different of it.”

Gilbert has also become a good artist during her high school career. She is involved with the Viz-Arts program, and members take their work to the Hawkeye 10 Conference Art Show every year. The club has also had pieces published.

“This year one of my art pieces was on the cover (of a “Celebrating Art” book),” said Gilbert. “It was super exciting. You don’t ever think your stuff is that good, but I have really enjoyed that. We have a really good art teacher here and I’m thankful for her bringing that out of me.”

Gilbert will continue using her artistic talent at the Iowa State University College of Design.

“I want to be an architect,” said Gilbert. “I want to get through the program and then stay somewhere in Iowa.”

Gilbert said the importance of teamwork and time management are two of the more important things she has learned by playing multiple sports.

“You have to work with others,” said Gilbert. “There are a multitude of people doing different things, and then getting things done on time. Playing four sports you have to manage your time well with school and push yourself to do the best you can.”