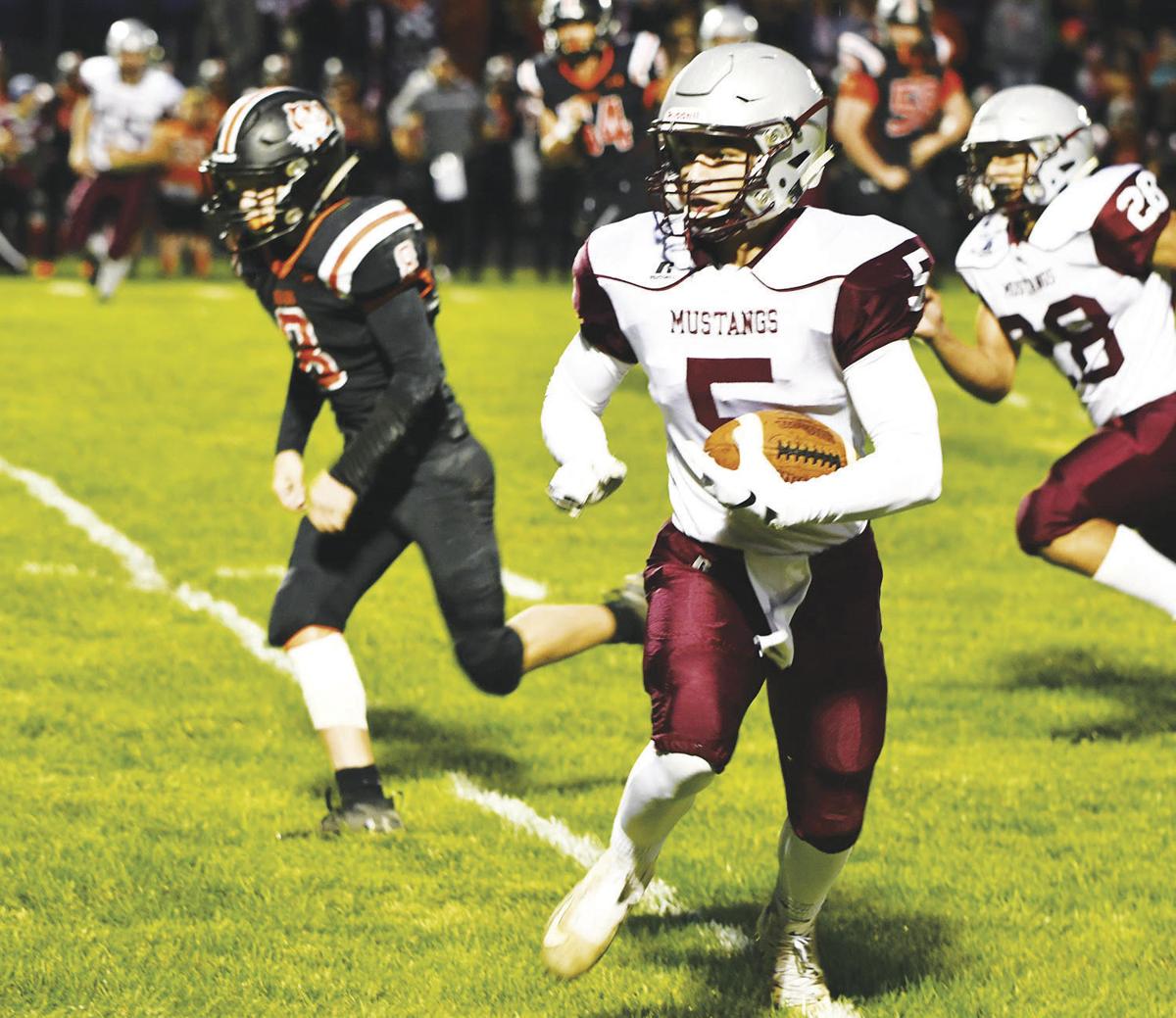 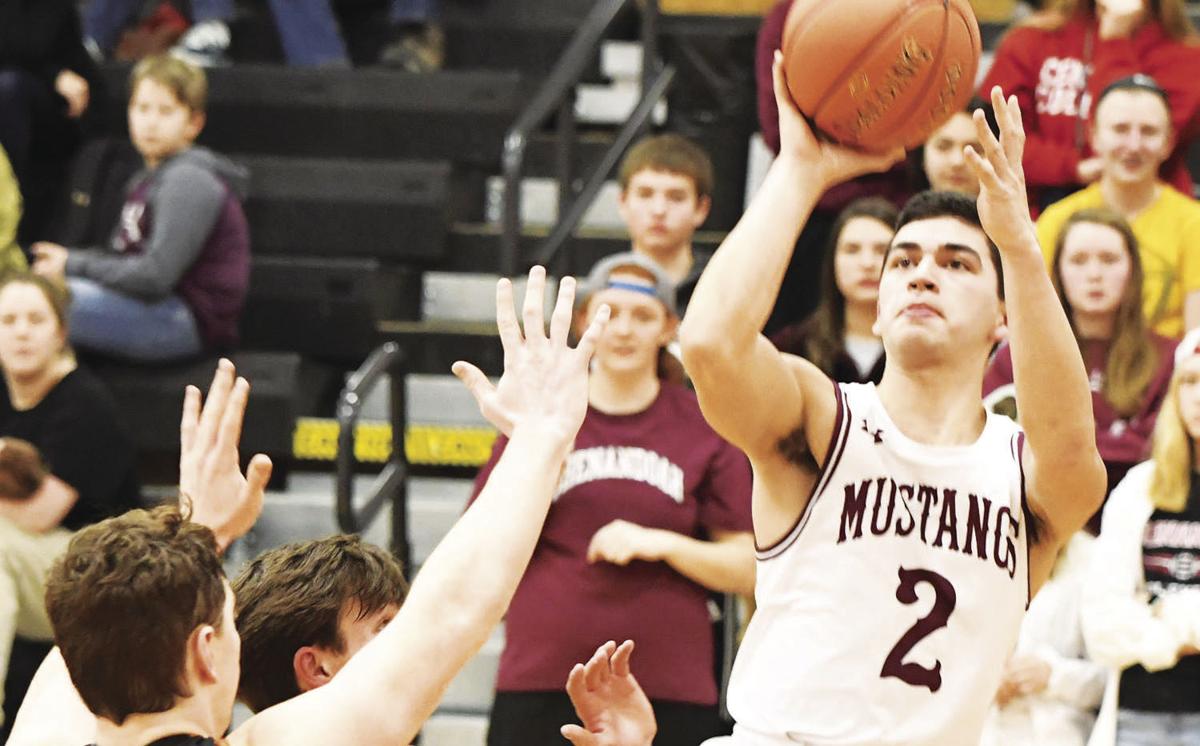 Shenandoah senior Anthony Stogdill puts up a shot during a 2020 district tournament game. Stogdill said basketball was his favorite sport to play until his senior year.

Shenandoah senior Anthony Stogdill puts up a shot during a 2020 district tournament game. Stogdill said basketball was his favorite sport to play until his senior year.

Anthony Stogdill is one of five Shenandoah athletes out for four sports as a senior. He reflected on his sports career, Wednesday, March 11.

Stogdill’s four sports are football, basketball, track and field and baseball and he’s been competing in all of them with many of his classmates since about fourth grade.

Basketball had been his favorite to play, but he said football took over that top spot for him this year.

“I created a lot more memories with my friends (during football),” said Stogdill, “and we had some exciting games.”

Stogdill had an outstanding football season, earning elite all-district honors and all-state honors for his play as a kickoff returner. He was one of five athletes in the state to take three kickoffs back for scores during the season and said running away from people is quite exciting.

“It gets the adrenaline pumping,” said Stogdill, “and gets my teammates excited. Overall, it’s a great experience.”

After not winning any football games as a junior, the Mustangs earned two in Stogdill’s senior season. They beat Riverside on homecoming and went to Red Oak and beat the Tigers, a couple games which led off his favorite memories.

“Probably the homecoming win,” said Stogdill, “and against Red Oak. It’s always fun to beat a rival. It was exciting for us and the fans on homecoming.”

Stogdill’s kickoff return for a touchdown to open the Page County Super Bowl as a sophomore and a 70yard touchdown reception against Treynor his senior season were two plays that stood out to him during his career.

Stogdill didn’t have a specific game or moment that he would want back, but said he would love one more chance to play football and basketball.

“I will miss it,” said Stogdill, “because I have put a lot of time and work in it.”

Stogdill has limited himself to school sports saying, especially during the summer months, it’s plenty.

“You have to juggle (your time) between the weight room and basketball open gyms in the summer. They are long days. I would get up at 7 and not leave (the school) until 12 or 1, and then play in the baseball game later that day.”

Stogdill is also a member of the school’s National Honor Society.

He wants to study criminal justice in college, and is leaning toward attending Iowa State University.

“I want to become a police officer,” said Stogdill, whether it is here in Shenandoah or another small town like Shenandoah. My uncle, Michael Cisneros became an officer and it has expanded my horizons on it. It’s something I would look forward to doing every day.”

Stogdill’s four-sport career has taught him a lot that would also be very beneficial in the police force.

“You have to be able to face adversity,” said Stogdill, “and be dependable, a leader. People are counting on you all the time. If you make a mistake or do something bad, people see that and don’t want you to do those things.”