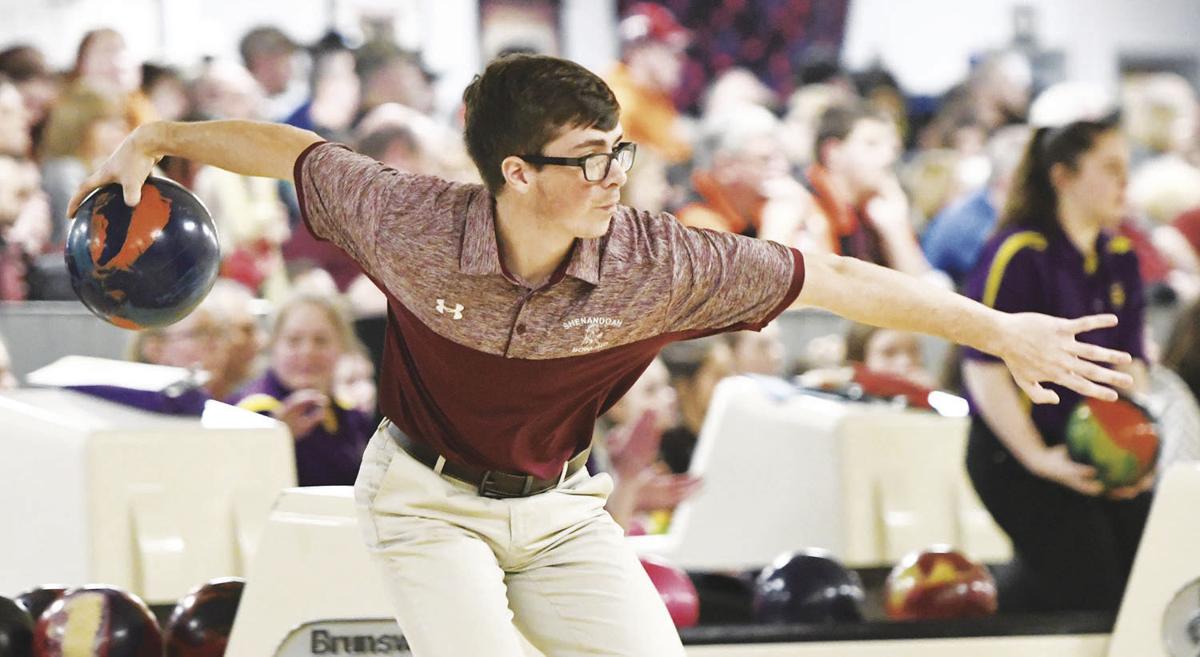 Shenandoah senior Devin Morelock bowls during the 2020 state tournament. Bowling has been Morelock's favorite of his five sports. 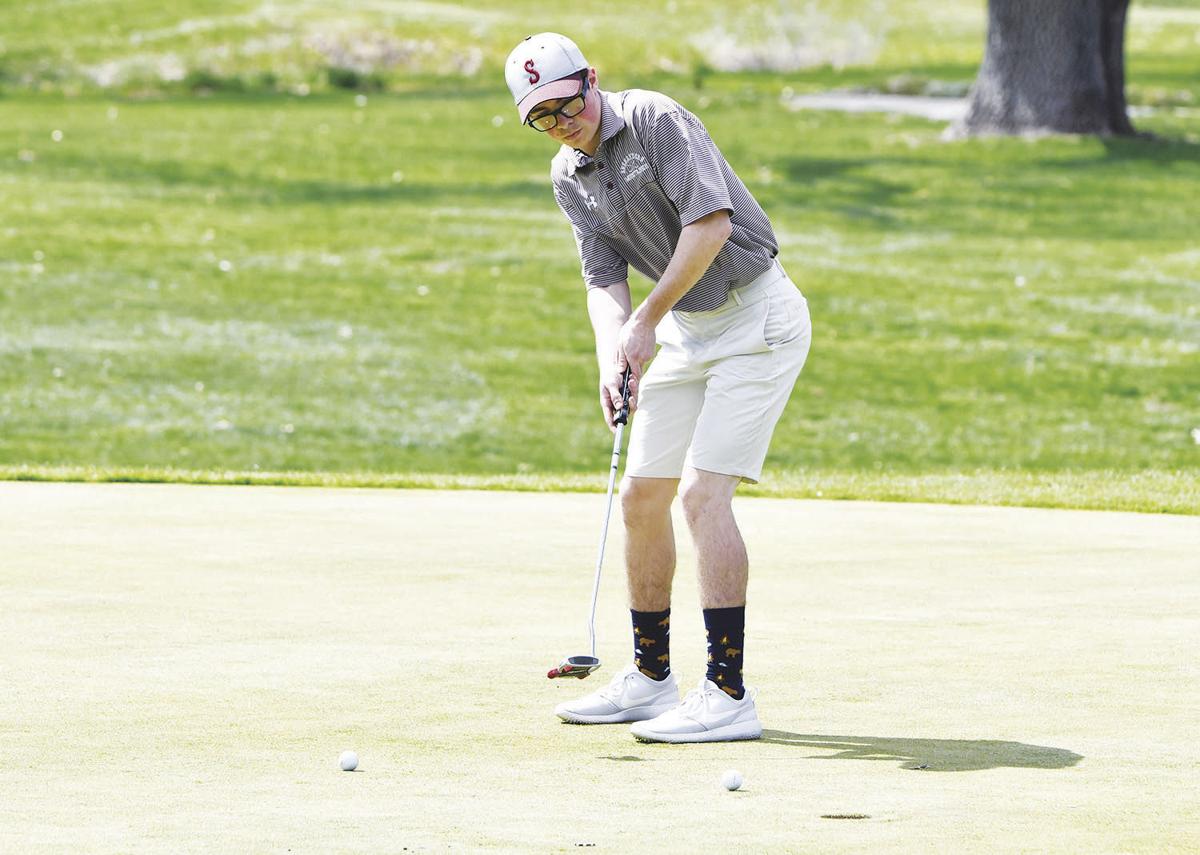 Shenandoah senior Devin Morelock putts during the 2019 season. Morelock said golf was his second favorite sport of the five he has played.

Shenandoah senior Devin Morelock bowls during the 2020 state tournament. Bowling has been Morelock's favorite of his five sports.

Shenandoah senior Devin Morelock putts during the 2019 season. Morelock said golf was his second favorite sport of the five he has played.

Devin Morelock is one of five Shenandoah athletes out for four (or more) sports as a senior. He reflected on his sports career, Wednesday, March 11.

Morelock is the one senior out for five sports as he has played football, golf and baseball as well as competing in both bowling and basketball during the winter months, a feat that was difficult but worth it.

“Winter season got very busy,” said Morelock. “It’s pretty easy to get tired and burnt out and that happened pretty bad my freshman year. It’s hard to stay motivated with school, but those are two sports I played my whole life and love playing.”

Bowling is the sport Morelock has had the most success in and he has been a big part of Shenandoah’s success.

“(Bowling) has been awesome,” Morelock said. “We went to state three years, it would have been awesome to get the fourth, and to get to bowl in college is very exciting.”

Morelock’s bowling career will continue next year at Iowa Western, playing a sport he’s been involved in most of his life.

“Bowling started for me in kindergarten with youth leagues,” said Morelock. “I have always been better at (bowling). I’m physically a lot smaller, so it’s hard to excel in football or basketball. Bowling gave me the opportunity to excel.”

Many of Morelock’s top high school sports memories come from the bowling alley. He singled out a recent example.

“This year winning the Red Oak Tournament and seeing Payton (Stephens) bowl a 478 was pretty awesome,” Morelock said. “I pushed him a lot to go out and he finally did. He gave it a try, and I think he’s pretty happy he did.”

When asked if there was a game or play he would like back, that also started with bowling.

“State bowling this year,” said Morelock,” it was probably my worst round of the year. I would love to have a do-over there.”

He said golf is probably his second favorite to play, although football was a lot of fun as well.

“(Golf) is another sport that’s really technical,” said Morelock. “You have to focus. It’s a lot of fun. I also enjoyed football a lot.”

While he had many great memories in bowling, the first sport mentioned when asked about top memories was football.

“Junior year at home against Treynor I scored my first varsity touchdown,” said Morelock. “It was a 50-plus yard touchdown catch, but it was called back (on a penalty). We marched it down the field (after that) and I caught a touchdown from about 7 yards out. I finally scored a touchdown.”

Morelock stays involved outside of sports as well. He is the current student council president. He is also an FFA member and is active in his church’s youth group.

After graduation, he’ll attend Iowa Western with plans to eventually earn an agronomy degree at a four-year school and then to own and operate a seed dealership.

In his four years at Shenandoah he said sports have taught him how essential it is to put in your best effort all the time.

“Doing the minimal isn’t enough,” said Morelock. “In the summer we’re going to baseball, and doing open field for football, then lifting, going to basketball and then a bowling league that night and then try to golf whenever I could. It’s taught me how to work hard. I have grown a love for all of these sports. Hopefully, I’ll get to do a few just for fun in college.”